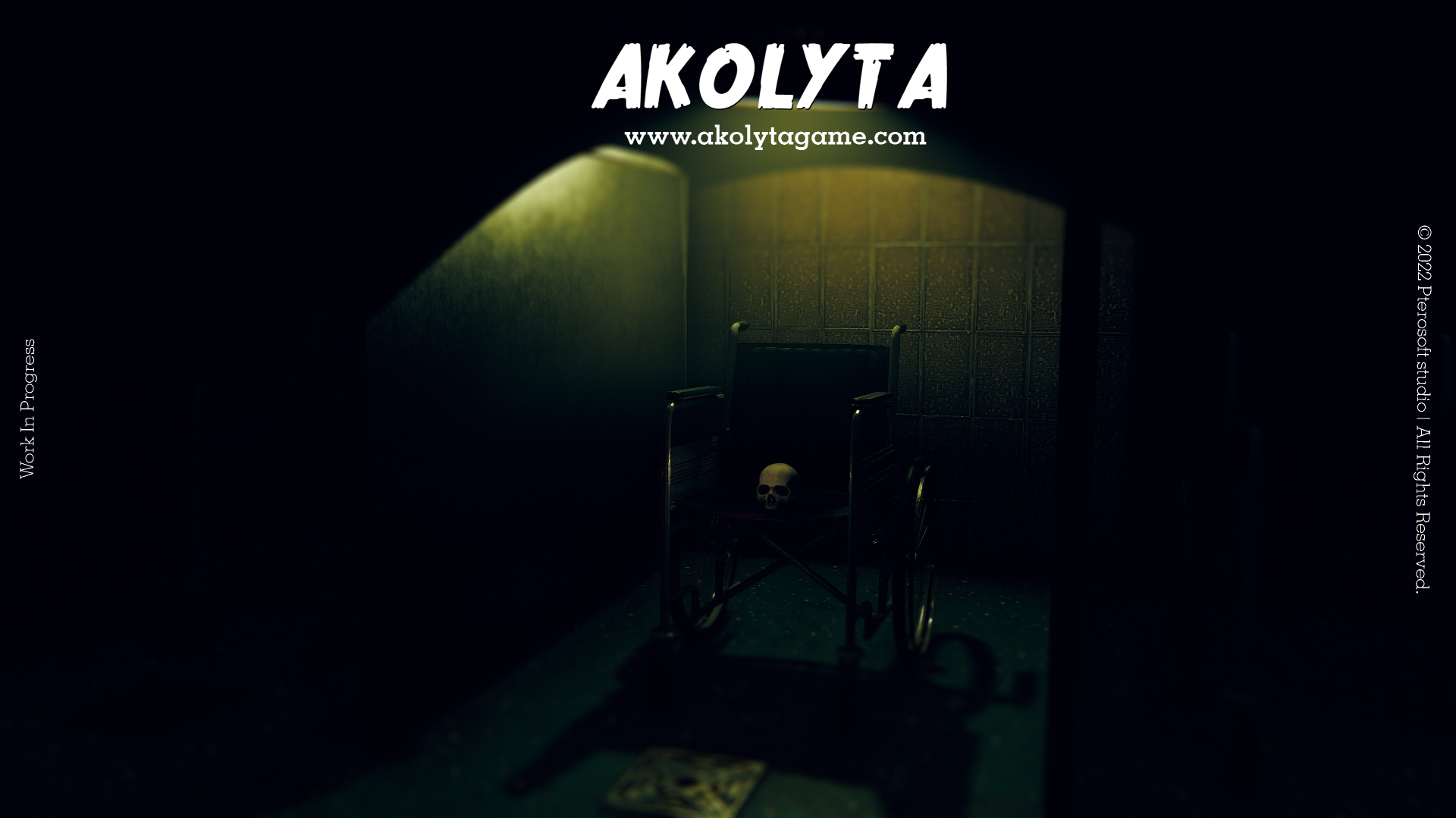 Akolyta is a first-person horror adventure with a focus on storytelling. You will play as detective Marshall Gregory Prime and follow his journey towards justice in the City of Gorenwille for which there is a high price to pay. The game is currently in development.

You play as Marshall Prime. A star studded , legend , in the Gorenwille Police Department. Most decorated and accomplished detective, who led the cavalry that decimated one of the top tier criminal empires in the city. Statistics speaks for itself , as Marshall Prime is the most respected detective to have graced the Gorenwille Police Department. But quite recently , Marshall found himself in the belly of the beast. With a tirade of quick , succession of murders that have taken place , Marshall is caught in a conundrum … failing to make any sort of connection between those heinous crimes. Its a full moon , you’re at your office , drowning in a bottle of Vodka , going through the documents about the gruesome murders , you then find a letter , addressed to you. You’ll open it and find out that you may have an eye-witness , waiting to rendezvous with you at the Gorenwille City Theater. Your journey into the darkness has only just begun!

It all began in 1938 in Nazi Germany. Young and ambitious Dr. Maximilian Vogel joins Ahnenerbe – the organization operated by SS that dealt with paranormal activities that could help the Third Reich to dominate the world and achieve the goals set by Adolf Hitler. As time progressed and Germany started to lose the war the organization was pressured to come up with a solution that would help them win the war. Working till the end few days before Wewelsburg Castle – their HQ was conquered they made an amazing scientistic discovery. And that’s where the trail ends.
Fast forward a few years ago to 1990 to the City of Gorenwille. After a successful raid in the now-abandoned theater led by detectives Marshall Prime and Benjamin Black leading to the arrest of the drug gangs operating there, the city saw a drop in criminality by over 80%. It was rather odd when new series of murders started to ravage the city. After initial investigations, Marshall got a tip from an informant that helped him recover the CIA memorandum. In it, he found out top secret information about operation Paperclip that transformed former scientists from Third Reich to the US and giving them work. One name stood among others – dr. Maximilian Vogel!

Disclaimer: The game is in development at the moment and the information posted here may change in the future. We try to post the features that are less likely to change but we can’t guarantee it.

Give us feedback or report bug!